Today's episode is all about the new Story Chapter and [A Post-Honkai Odyssey]! Sit tight because we're going for a wild ride!

======Story Chapter XVII Released======
Mei has finally brought Kiana back to Hyperion after enduring untold hardships, yet the corruption of the Herrscher gem began to threaten Kiana's life. Blaming herself for failing her best friend, Mei sinks deeper into misery. At her most vulnerable moment, World Serpent reached out to her... 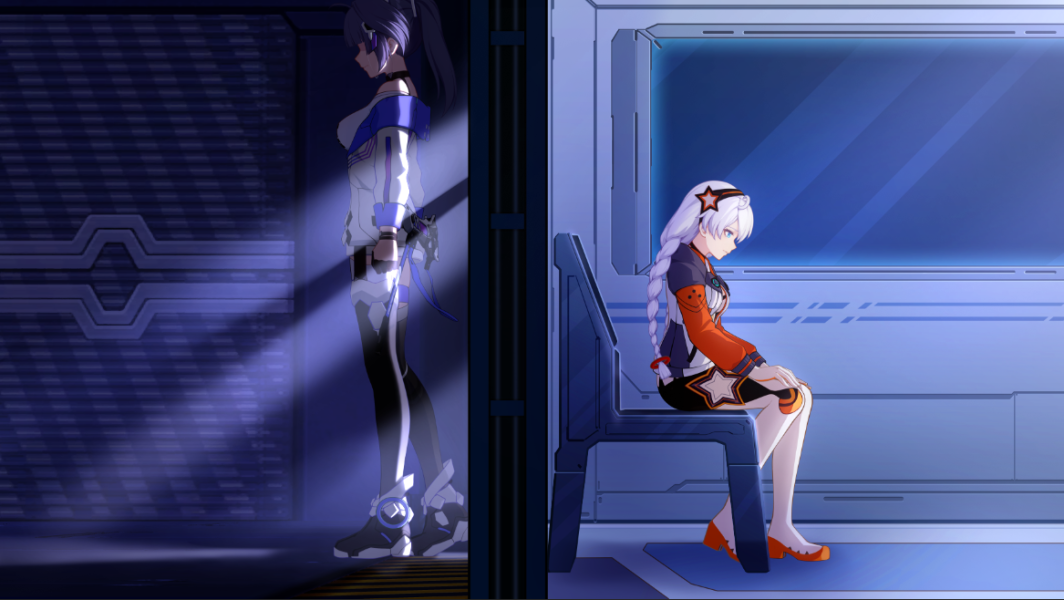 During the Story event period, participate in time-limited activities to earn 4★ stigma [Mei: Striker Fulminata (M)], which is the 2nd piece of the event stigma set, and Focused Supply Card!

======Event Stigma Set======
[Event stigma set] is a new stigma system. Similar to past event stigmata, the stigmata belonging to the set are given for free by events. What set them apart is the set bonus of the event stigma set that comprises over 3 pieces can be triggered by equipping 2 or 3 pieces of any different positions, giving players more freedom in setup!

After the v4.0 update, you can view the new event stigma set and collection rewards by accessing Collection > Stigma > [Event Stigma Set] tab. Collecting a full event stigma set rewards something truly special, such as an achievement emblem!

In v4.0's [APHO], we have also adjusted Adventure Task [Chase] by optimizing enemy pathing and adding the target lock function to improve the accuracy of player attacks.

That's all for today. Until next time!

*※The above data are from the test servers and are subject to change in the live servers.