Today's episode features the new S-rank battlesuit that will join us in v3.9: [Bright Knight: Excelsis]! 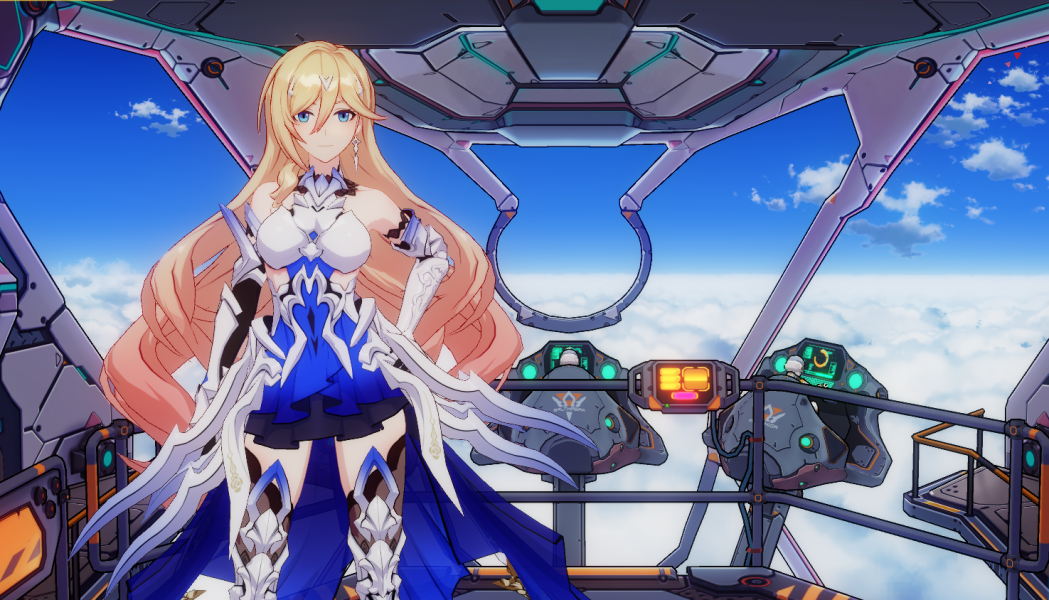 [Evasion: Scutum Divinitas]
[Bright Knight: Excelsis] can protect herself by [evading] and [defending].

Tap [Evade] and directions to evade.

Tap [Evade] without directions to defend temporarily. Being attacked while defending triggers [Retaliation] that nullifies incoming hits and returns DMG!

[Ultimate: Sceptrum Regalis]
[Bright Knight: Excelsis] unleashes her true potential to enter Burst mode and summon the majestic [KING] and [QUEEN] to fight for her!

★Forging Excelsis: Story Stages★
Use a trial [Bright Knight: Excelsis] to relive her history. Completing stages unlocks not only rewards but also the development logs of this 4th generation Godsbane battlesuit.

★Battlesuit Challenge★
Similar to previous battlesuit challenge stages, you are required to play these stages with your own [Bright Knight: Excelsis]. Stage difficulty is incremental so don't forget to boost her power! Completing stages unlocks not only secret logs but also awesome rewards including [Focused Supply Card].

That's all for new battlesuit news! The next episode of Ai-chan's Newsflash will focus on A Post-Honkai Odyssey and Story contents. Stay tuned!

*The above data are from the test servers and are subject to change in the live servers.