Today Ai-chan's introducing the new ELF [Klein]! Check out the small bean who's even more overworked than Ai-chan!

※※※※※ELF [Klein] Debuts※※※※※
"Please place the new assignments over there. I'll get to them later." 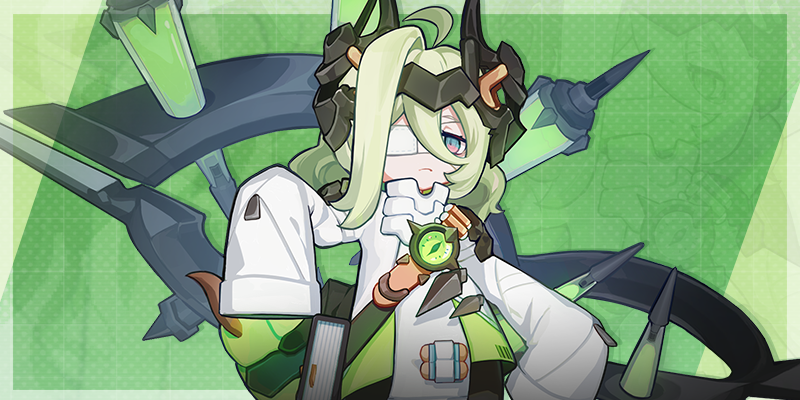 To Klein, life is work and work is life. For tens of thousands of years, she has been the sole operator of the Elysian Realm and the sole witness of this long journey.

※※※※※[Klein] Skills Showcase※※※※※
◆ Passive: Still Got Work to Do
When the team leader is of the Lightning attribute, [Klein] deals more Lightning DMG.

◆ Ultimate: Quick Sleep Helper
[Klein] takes out a massive syringe and smashes it into enemies to trigger a toxic explosion. The syringe then stays on the field and spreads toxin that deals multi-hit Lightning DMG. Ultimate inflicts up to 5 Fatigue stacks on hit, each dealing bonus Lightning DMG per second. After [Klein] reaches 3★, casting Ultimate triggers the QTE of Lightning DMG dealers.

◆ Joint ATK: Did I Fall Asleep?
A counter increases by 1 when a character deals DMG with a Combo ATK. When it reaches 3, [Klein] shoots multiple syringes at the target to deal multi-hit Lightning DMG.

That's all for today!