v5.1 is coming, and Ai-chan is here just in time! Today's episode is all about the new S-rank battlesuit [Miss Pink Elf♪]!

※※※※※Miss Pink Elf♪ Profile※※※※※
"Miss Pink Elf? Well... I can't stop you... so I'll accept it as my new nickname~" 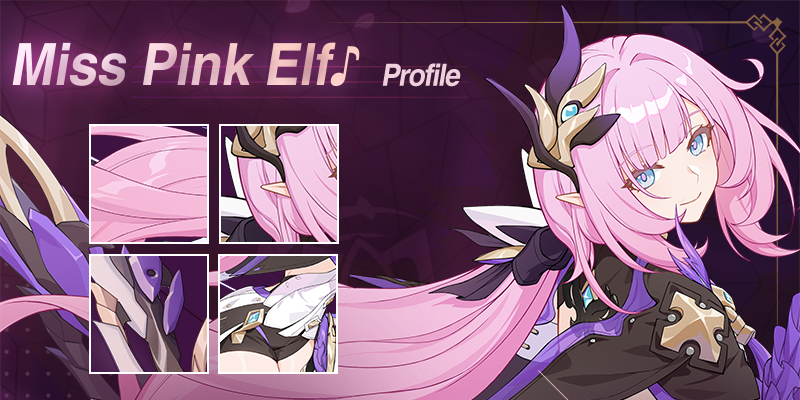 A carefree and uninhibited girl who acts nothing like a second-in-command. As the founder of the Flame-Chasers, she is the figure that binds the thirteen together.

She only spends time on the people she likes and the things she finds interesting, but she likes everyone and finds everything interesting - This is how this sincere girl lives everyday to the fullest♪ 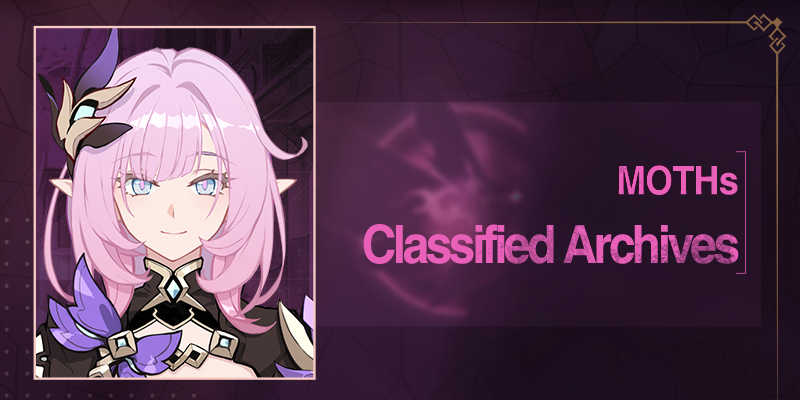 Kevin's Impression:
The mother of the Flame-Chaser system. A strong and reliable soldier.

Eden's Impression:
Ellie's always lively, even mischievous at times, but that is how she expresses her affection. She never hides the fact that she likes interesting people and things.

Sakura's Impression:
Our paths rarely intersect. But I hear that Elysia has basically never failed her missions. Enemies that I find difficult are described as "very easy" in her reports. I think this speaks for the second-in-command's strength.

Kalpas's Impression:
You're asking me?

Hua's Impression:
Elysia helped me out when I was a newcomer. She seems to be close to everyone and can always solve problems in unexpected ways, as if nothing can get in her way. Although she and Kevin handle things differently, they're both great leaders.

Elysia: Oh my gosh, I look so cute in this photo! Make sure to send it to me, thanks!

[Leader Skill: An Ode to Love and Compassion]
When she is the team leader, she will boost the team's Physical DMG by 20.0% and Combo/Charged ATK's Crit Rate by 10.0%.

[Passive Skill: A Saga of Origins and Endings]
◆ She has an Infatuation meter that recovers over time. Her Charged ATK consumes Infatuation.

◆ She can follow up her Weapon Active with a Charged ATK immediately. This will also lower the amount of SP consumed by her Ultimate for a while. 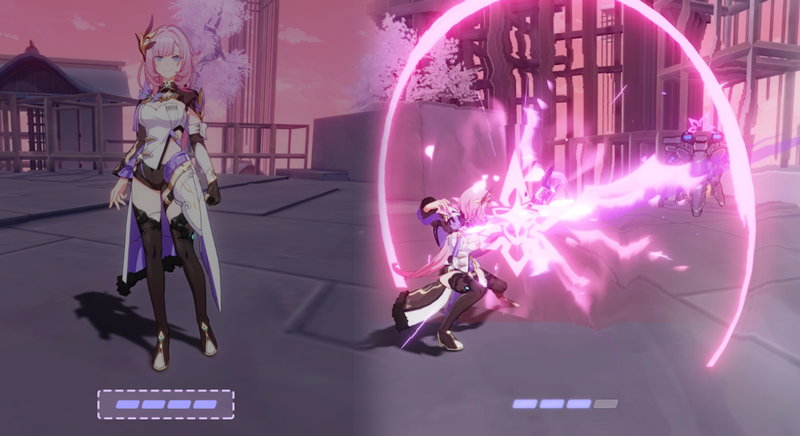 [Passive Skill: Candle's Fragrance]
◆ When her HP drops to 0, she will create a flawless crystal to save herself. She will rise again after regaining some HP (CD: 180s).

[Basic ATK: An Arrow for Flower and Fowl]
◆ She uses a bow to combat enemies. Her Basic ATK will attach Crystalline Seeds to enemies, which increase the amount of DMG she deals to them.

◆ A seed persists until the affected enemy is defeated. Up to 4 seeds can be stacked on a enemy.

[Charged ATK: An Oath to Wind and Moon]
◆ Hold [ATK] to use Charged Shot: Cupid's Bolt. You can tap repeatedly to fire multiple arrows. Every arrow consumes Infatuation and detonates the seeds on enemies. A seed's explosion deals Physical DMG to nearby enemies and detonates other seeds on surrounding enemies.

*Reminder: Detonation does not reduce the number of seeds!

[Evasion: A Blessing from Heaven and Earth]
◆ She can perform a quick evasion twice in a row. Ultimate Evasion triggers a global Time Fracture and restores Infatuation.

◆ After evading during Basic ATK, tap [ATK] to connect the next SEQ of Basic ATK.

[Ultimate: The Beginning of You and I]
◆ When she uses her Ultimate, she will fire a mystical arrow that creates a Flawless Dome. The dome increases her max Infatuation, restores her Infatuation fully, and boosts her Physical DMG and Crit Rate.

◆ While the dome is present, her Charged ATK gains a 3rd sequence. The arrows produced by Charged ATK ricochet under the dome, dealing Physical DMG multiple times. 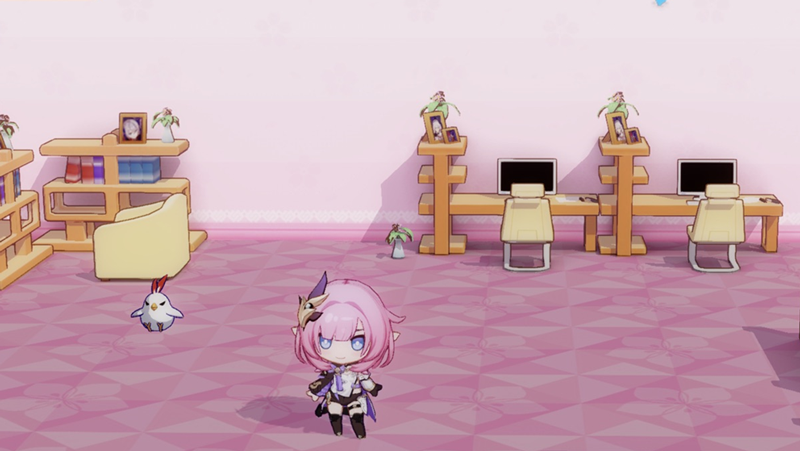 That's all for today! Don't miss the next episode, where we'll reveal how to obtain her and her equipment!