Witness the grave of the previous age and the crusade of Flame-Chasers. From which, you shall create a future they could not.

◆ Story
The memories of the last thirteen Flame-Chasers of the Previous Era rest in this underworld.

From a corner of World Serpent's sacrificial ground, a lightless corridor meandered out, reaching into a colossal facility buried in the ground. It was where every agent of World Serpent was baptized to enter a new life.
The memories of the last thirteen Flame-Chasers of the Previous Era rest in this underworld. And now, the site welcomes a new visitor... 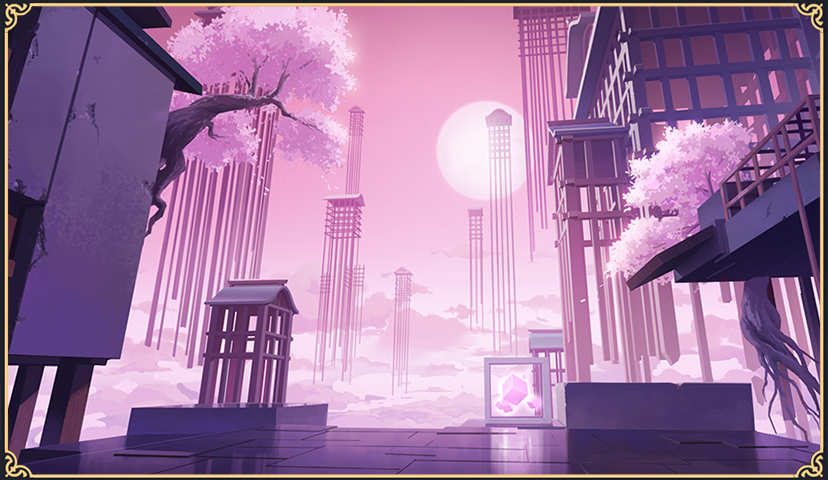 ◆ The Thirteen Flame-Chasers
What the last thirteen MANTISes of the MOTHs were collectively known as following the Promised Tragedy.
They were irreplaceable assets to the organization, which warranted an independent establishment.
For undisclosed reasons, every member was given a rank and a signet representing their title.
The future of humanity weighed on the shoulders of the thirteen "living weapons". 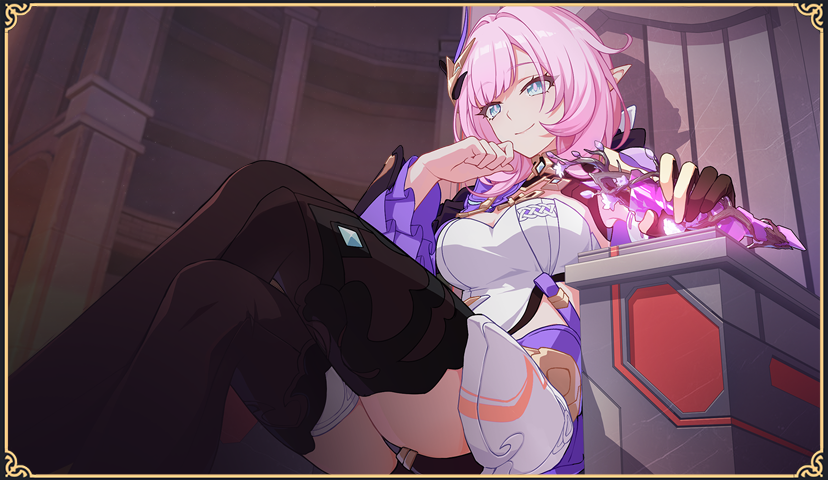 ◆ v5.0 marks that the story has entered the third stage! We will reveal the building bricks of the Honkai-verse, which include the history of the Previous Era.

By playing the permanent activity [Elysian Realm], Captains will learn more about MANTISes, the Thirteen Flame-Chasers, MOTHs, and more mysteries of the Previous Era. We will continue to develop the story content of [Elysian Realm] as new versions roll out!

◆ Gameplay
In [Elysian Realm], Captains can deploy their own Valkyries and choose different signet buffs to tackle challenges.
Buffs will enhance Valkyries' abilities and even alter their skill mechanics to freshen up the experience. 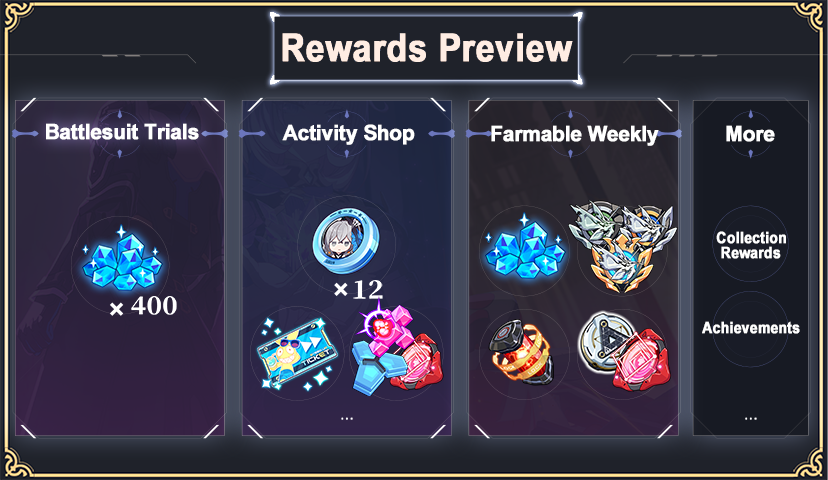 ※In the first season's Activity Shop, Captains can clear stages, complete missions, and develop battlesuits to obtain [Rusted Insignia], which are used to trade for Herrscher of Reason Rank-up Stamps, Boosters, Honkai Shards, and Spatial Convectrons. The catalog of Elysian Realm's Activity Shop will be constantly updated, but some items will remain permanently limited.

That concludes this episode about [Elysian Realm]! Trust me, the actual activity has so much more to offer!