Greetings, Captains! As v4.7 is nearing its end, it's time to check out what v4.8 has to offer!
Today's episode stars [Starchasm Nyx], the latest S-rank battlesuit to debut in v4.8!

In Burst mode, she will switch to the more aggressive chain claws, which deal higher Ice DMG and affect a larger area.

[Charged ATK: Condemning Blade]
She will exhaust Carmine Gashes to quickly approach enemies and cast her Charged ATK. The more Carmine Gashes are consumed, the higher the Ice DMG it deals. When the attack exhausts 6 Carmine Gashes, it will also freeze and slow enemies.

In Burst mode, she can cast Charged ATK successively until Carmine Gashes are exhausted. Every hit restores her SP. Casting Charged ATK in Burst mode can induce Ultimate Evasion.

[Ultimate: Moment of Collapse]
She will enter Burst mode, inflict one Quantum Implosion, regain full Carmine Gashes, and deal Ice DMG. Hit enemies will be bound with Nightmare Thorns, which disables Soul Links and pass on the damage to other bound units at a fixed rate.

In Burst mode, she also creates a Nightmare Stage. Enemies on the Nightmare Stage take bonus Ice DMG and are frozen whenever they take Ice DMG a fixed number of times. She regains Carmine Gashes when this effect is triggered.

======[Starchasm Nyx]'s Event======
[Starchasm Nyx]'s event [Blackfrost Blaze] will be available in v4.8! Learn more about her story and controls in Story and Tutorial. After unlocking [Starchasm Nyx], you can access the highly difficult Challenges. 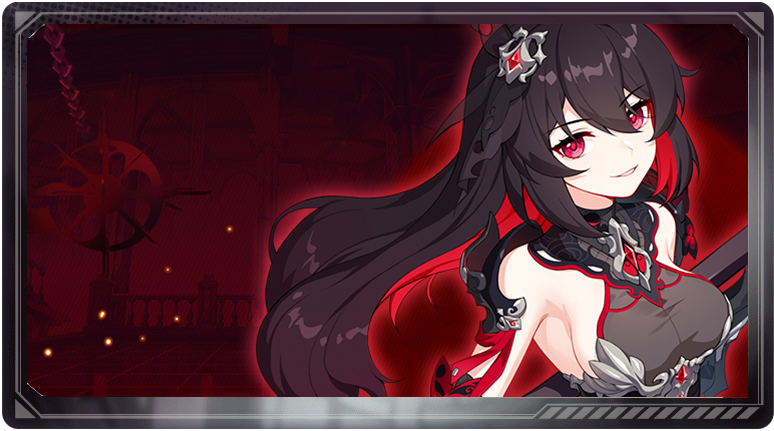