The unbelievable combination of cutesy bunny ears and fists of steel! Today's episode will focus on S-rank ELF [Tesla ZERO] that will be introduced in v4.3! 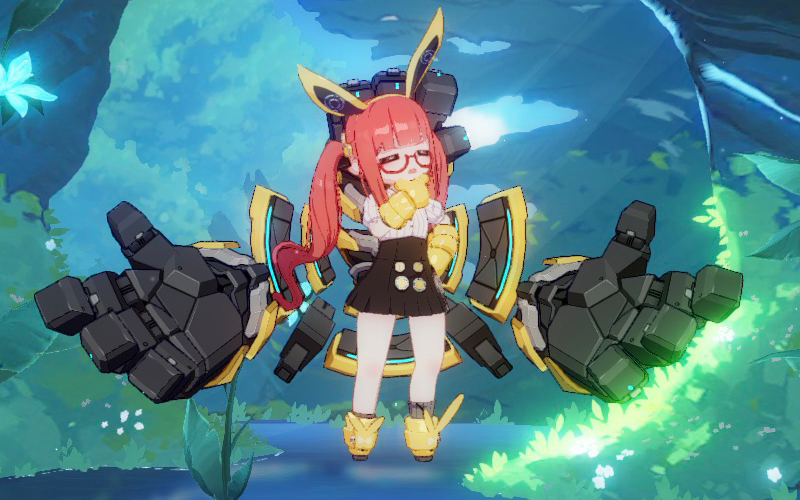 ★Ultimate
She enters Burst Mode and throws a flurry of punches to deal multi-hit Physical DMG. The 1st attack in Burst Mode bleeds enemies and enables her to deal bonus Total DMG to bleeding enemies. Her Crit Rate increases every second for the first 5 seconds of Burst Mode and her skill button lights up at max Crit Rate stacks.

Her SP is only consumed, which sets ELF skill on a cooldown, when ELF skill is cast again during Burst Mode or when Burst Mode ends. Tesla ZERO will hammer on the ground with a jet punch to deal AOE Physical DMG and make affected enemies take more Physical DMG.

Key Skills
★Increase Team Physical DMG
[Tesla ZERO] will buff Team Physical DMG once skill [Harmonic Link] is learned. If your team consists of same-type battlesuits, the bonus effect provided by this skill will be strengthened.

Rank up [Tesla ZERO] to a higher star level to learn skill [Rapid Harmonics], which buffs Team Physical DMG when your team has a Fast ATK battlesuit and alters the last hit of her Ultimate to Heavy ATK.


That's it for today! Tune in to the next episode to learn about v4.3's featured serverwide event!
*The above data are from the test server and are subject to change in the live version.