Greetings, Captains! After the v5.1 update, Material Event LITE will become permanent, currencies will be streamlined, and Memorial Arena will see QoL changes! Read on with Ai-chan!

◆ Permanent Material Event LITE
After the v5.1 update, Material Event LITE will become permanent. You unlock the LITE feature of a stage once you clear it with 3 stars. The number of LITE attempts available each day for each sub-event are as follows:
1. Weekday Event: 1 time daily.
2. Time Works: 3 times daily.
3. Training Camp: 1 time daily.
4. Drift World: 1 time daily.
To use LITE on a stage, a remaining attempt and sufficient Stamina are required. Every stage cleared with 3 stars will gain a "LITE" button. Tap it to auto-clear a stage.

*The "LITE" button will be added to Material Event stages. Tap it to auto-clear the highest unlocked stages of the four sub-events in order!

◆ Material Event Stages Adjusted
1. All co-op stages in Training Camp will be removed. Battlesuit Training and Equipment Training will each retain 3 stages.
*The challenge objectives of the retained stages will be made easier.

2. Co-op mode will be removed from Money Brawl in Weekday Event. Money Brawl will also be simplified to require 1 clear instead of 2 clears a day. The total Stamina consumption and reward acquisition each day remains unchanged. In other words, you will obtain the same rewards from clearing it once that used to be obtained from clearing it twice (Compensation for missing or restarting stages and Planeroid consumption will be adjusted accordingly).

3. [Honkai Manifest] stages (including solo and co-op Beta) will be merged and streamlined. Its portal will be moved to [Expedition], where you can access it through Expedition or manually. There will only be two stages: one that is guaranteed to offer a [Blue Alloy Weapon Option] and one that may offer a [Purple Manifest Weapon Option]. Both stages offer the materials that were offered by the original stages.

*You can claim the compensation materials on the Material Event screen.

※※※※※Currencies Streamlined※※※※※
After the v5.1 update, Mithril and United Tokens will be removed and converted to Coins! The storage limit for Coins will also be raised. 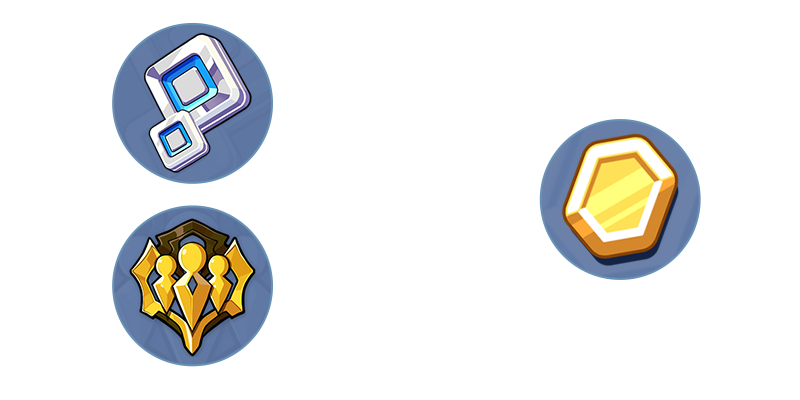 *Activities that produced Mithril will produce Coins in accordance with this change. We will also adjust the materials offered by certain Supply events on this basis: 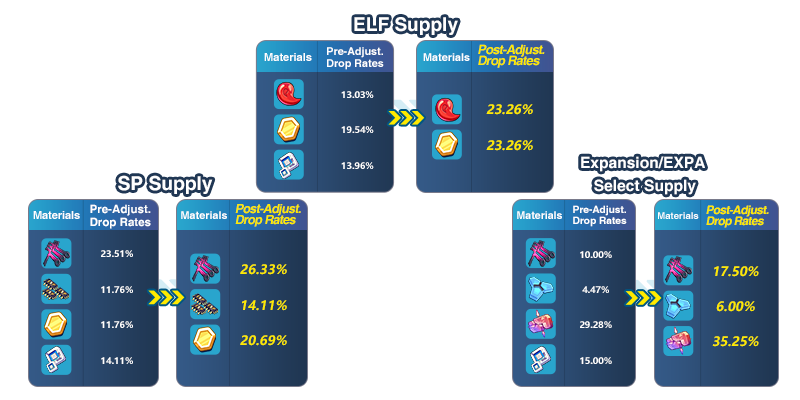 ◆ United Tokens Simplified
After the v5.1 update, United Tokens will be removed and converted to Coins using a 1:140 ratio. Activities that produced United Tokens now produce Coins in the same ratio. Items in the Co-op Shop will no longer cost United Tokens and some items will be moved to the Coins Shop.

*Unlocking a Divine Key's skills will only cost Coins instead of Harmony Strands after this adjustment. Harmony Strands will be removed and converted to Coins using a 1:140 ratio.

◆ Crafting Formulas Adjusted
We will replace the Mithril and United Tokens in equipment crafting formulas with other items. The excessive number of currencies existed due to the complicated ways of obtaining some older 3★~4★ equipment; we will be tackling this problem after the update.

Meanwhile, each SSS-rank boss will open up a new series of score milestones. Battle it and reach milestones to obtain Ancient Legacy, Ancient Willpower, and Crystals!

◆ Exalted Sweeping Added
Since the highest difficulty level in Exalted has been raised to SSS-rank, we will add a sweeping feature to help Captains:
1. If you defeat the UP boss on SSS-rank this week, you can sweep all C-, B-, A-, and S-rank bosses next week.

2. If you defeat the UP boss on SS-rank this week, you can sweep all C-, B-, and A-rank bosses next week.

◆ Buffed Mode Added
When playing on SSS-rank, you can turn on the buffed mode before starting a battle.

In buffed mode, you will keep gaining buffs in combat for an easier experience.

*However, you will lose some points in exchange. Whether turning on the buffed mode is worth it is up to you.

◆ Memorial Arena Interface Optimized
1. The main interface of the Exalted Division in the Memorial Arena will also be optimized after the update. Navigating to features such as the shop will be easier.

2. When your boss fight is finalizing, new "Confirm" and "Retry" buttons will appear.

※※※※※Open World Rewards Adjusted※※※※※
After the update, the conditions for adventure tasks appearing in Open World will be optimized as follows:

When one of your battlesuits has reached SSS, the tasks that reward fragments of that battlesuit will be replaced by tasks rewarding other A-rank or SP battlesuit fragments or Asterite.

That's all for v5.1's Ai-chan's Newsflash. See you in the next version!