Greetings, Captains! The Elysian Realm will see the addition of [Sequence: Real] soon, so read our report on Elysia to prepare for one of your biggest challenges yet!

To spark or lose her interest is a reward in itself.

I might actually be a little bit weaker than Kevin. But I'll work hard to improve. Elysia will never let you down. 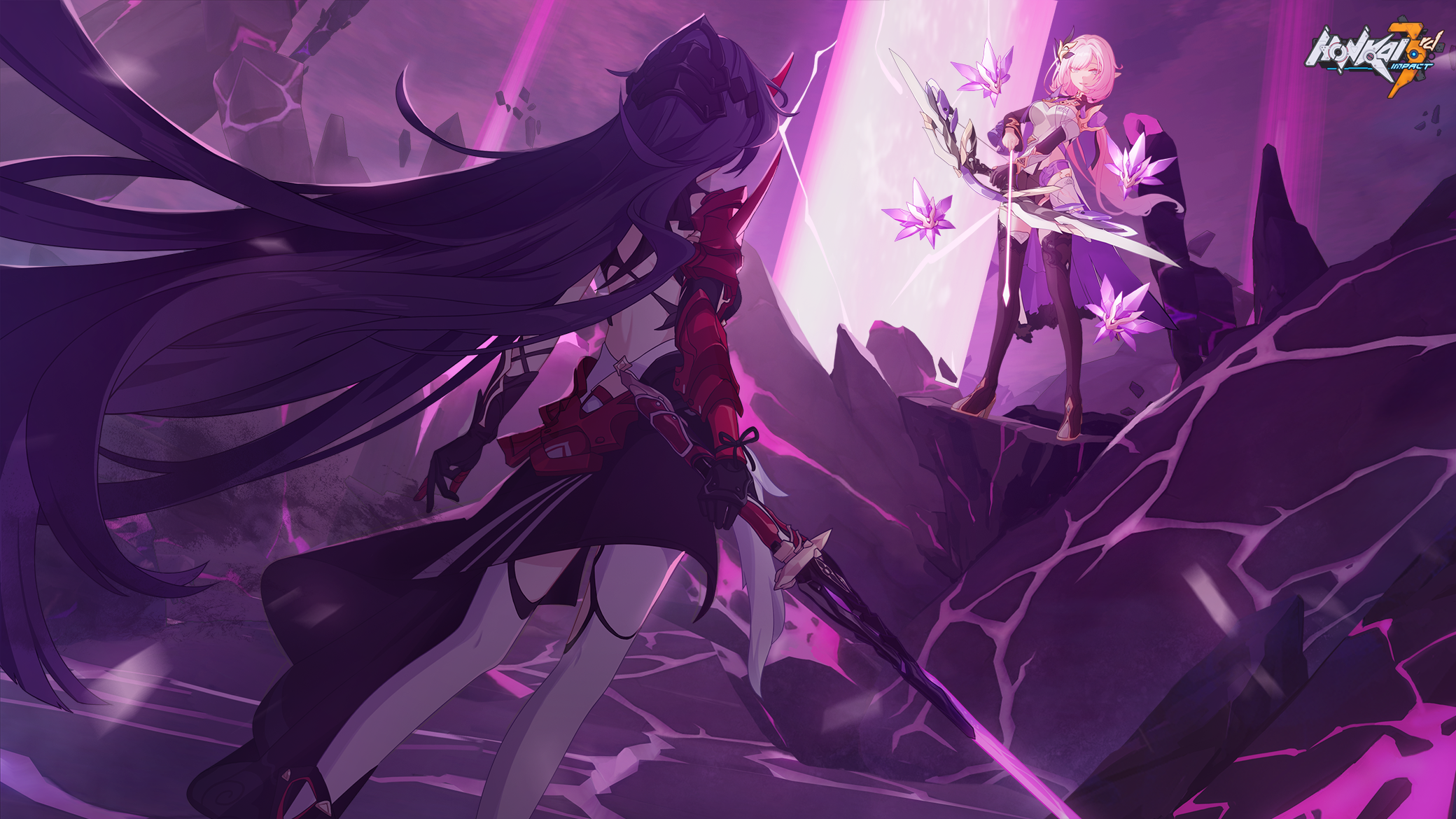 You can challenge Elysia in the Elysian Realm under the following circumstances:
1. Story: Complete every [In the Infinite Shadow] mission, play on any difficulty, return to the main interface to trigger an event, play on [Sequence: Dangerous] or [Sequence: Real] difficulties, and Elysia will appear!

*Reminder*
1. Each difficulty of [Sequence: Real] is cleared by completing 16F. The status of the hidden stage does not affect the unlocking of higher difficulties.

※※※※※Recon Report: Elysia※※※※※
Ai-chan will list some of Elysia's key moves from the report to assist Captains in combat.

[Pristine Compassion]
Elysia will drain life from the Crystallized target to heal herself. After draining, another Pristine Pledge will appear behind her. Up to 3 Pristine Pledges can co-exist.

If the target is hit by all the arrows, they will immediately be Crystallized. Watch out for ricochets to evade this move completely.

[Cupid's Bolt: Flower]
Elysia will fire an arrow at the target that generates an exploding crystal at their feet. It will divide and explode again when she has enough Pristine Pledges. Pay attention to the placement of the crystals to avoid explosions.

[Elf's Pollen]
Elysia will throw pollen in a rectangular area in front of her. The target will faint temporarily if they touch it, and she will attack while pulling away from the target.

[Tree of Grace: Blossoming]
Elysia will summon a Crystal Wedge that grows by itself. When the flowers on it are in full bloom, it will release a powerful shockwave. Watch out!

[Tree of Grace: Luminosity]
If a Crystal Wedge has lasted for a while, the crystals floating around it will begin shooting energy beams that deal heavy DMG.

Our report on Elysia's moves ends here! As the 2nd of the Flame-Chasers, she is a force to be reckoned with, so don't let your guard down when battling her! See you next time!