Haxxor Bunny can use QTE and Ultimate from off-field, similar to Starlit Astrologos. QTE provides HACKED DEBUFF, while Ultimate gives TRACKING MODE to the team, as well as carpet-bombing the enemy.

Bronie good, farm Bronie~ You can get Haxxor Bunny fragments from: 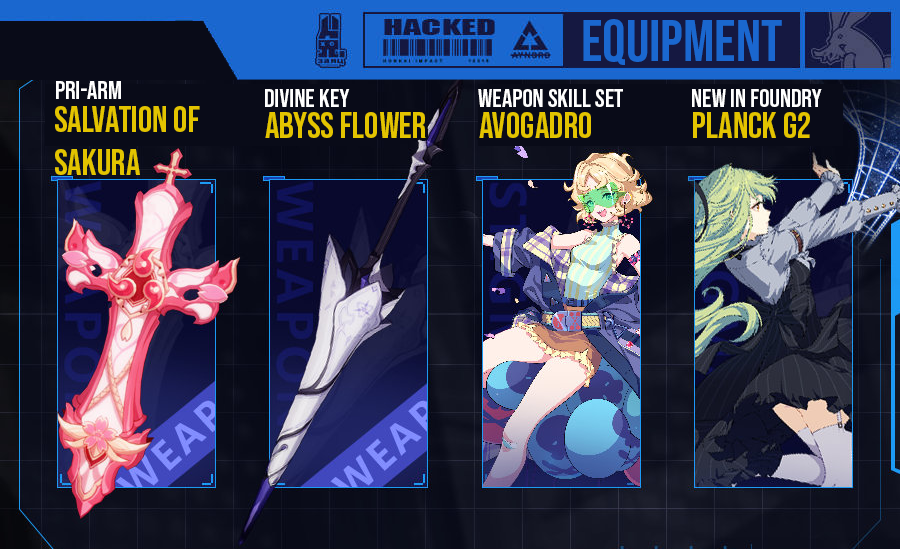 [SALVATION OF SAKURA] is a PRI-ARM that can shred Rimestar's fire shield in an instant. Da Bronya recommends captains to forge this weapon! Sakuno Rondo also receives a minor buff in 4.7. Captain can use Salvation of Sakura as her new weapon, if you are a Teri Teri enjoyer.

NEW DIVINE KEY - ABYSS FLOWER [ABYSS FLOWER] is the Divine Key wielded by the legendary valkyrie Cecilia Shariac (Kiana's mother), and has been passed down to Durandal. When used by Bright Knight, Abyss Flower stops time to swing A POWERFUL, DEADLY BLOW.

KEY OF CREATION SUPPLY: Abyss Flower and Avogadro will be available in a special supply. Abyss Flower is guaranteed to drop within 50 pulls~ Abyss Flower cannot be tuned in Divine Key Concierge for now.

NEW STIGMA - AVOGADRO [AVOGADRO] is a set that revolves around weapon skill and grants a large amount of starting SP, while you can still use newton B. Currently, its main usage is not very clear, but watch this vid to see Avogadro combo with Proto Alberich's Bow!

In Arc City, what makes someone a criminal? Getting caught by Raven. Da! In ARC: LIGHT BOUND, you can explore the Arc City open world, accept tasks and upgrade Bronie! Watch out for the Cyber Ninja - she looks dangerous! 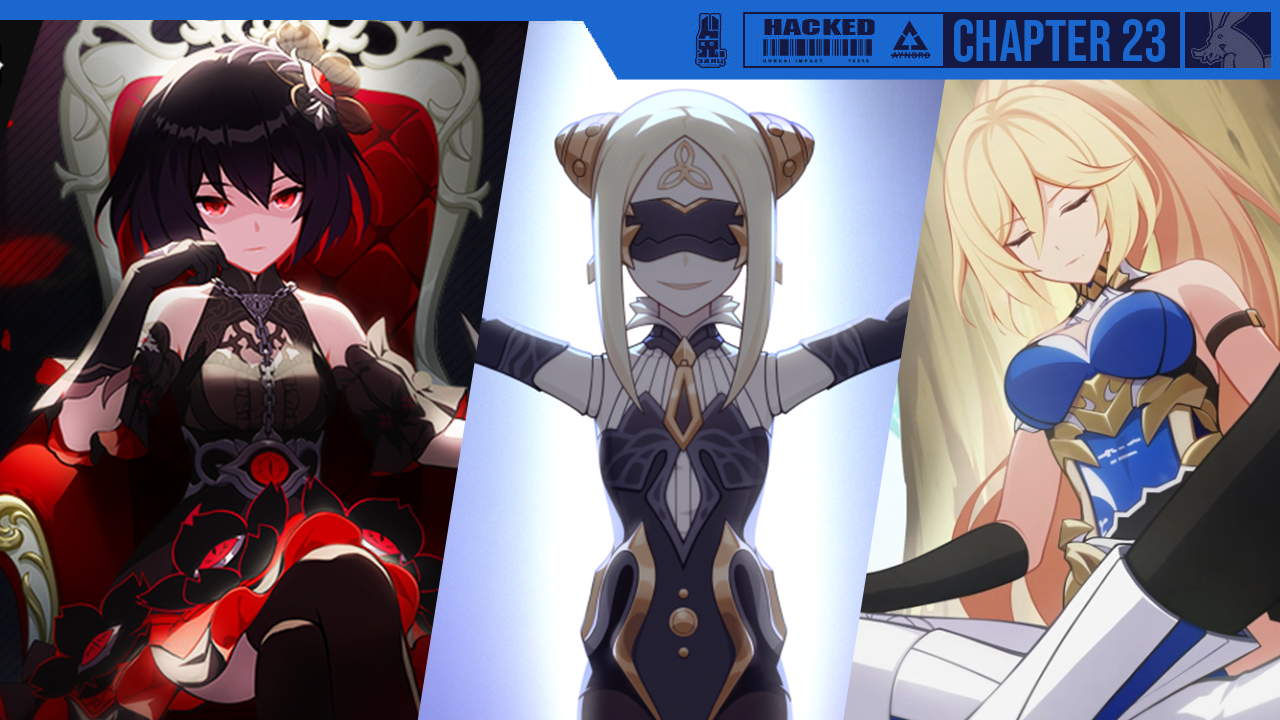 After the Herrscher of Sentience incident was resolved, peace has returned, but only for a short moment. Chapter 23 moves the spotlight to Seele, who has become cautious with her other self after Kiana told Seele of her struggle with Sirin. Inner Seele must face the challenge herself as the enemy appears in Theatre of Domination.

Chapter 23 rewards the next piece of Bringer of Light set, and more:

Max captain level increased to Lv88. Captain receives a variety of materials upon reaching Level 85, 86, 87 and 88. 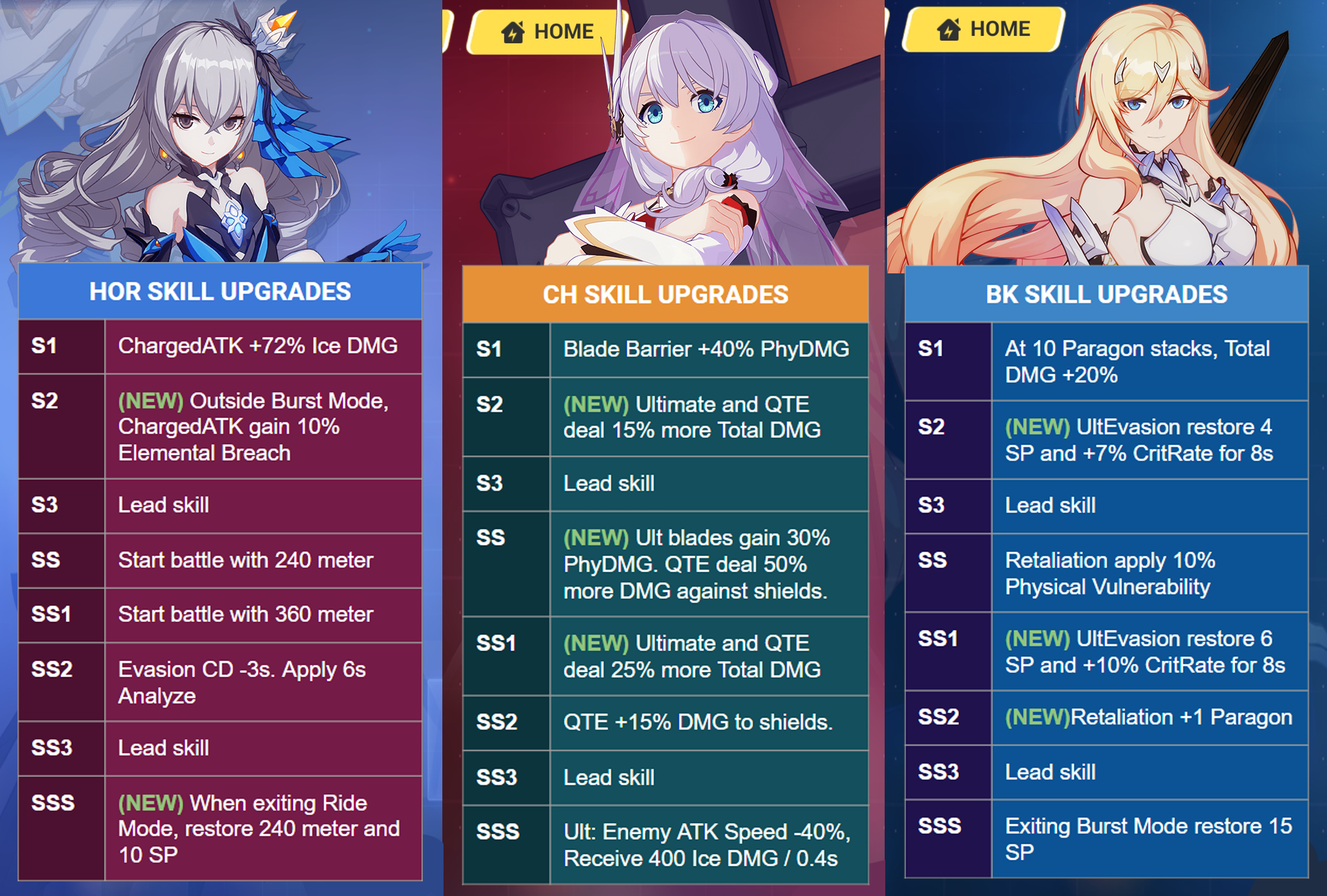 Make sure to experience Honkai 4.7 yourself, coming April 22! Thanks to Ai-chan Team and everyone who helped throughout the beta. Visit Official Honkai Discord for info on future patches, or subscribe to me on YOUTUBE and TWITTER ~